Half way through the Festival and the sun shines brightly just as it did at the beginning. You will have your own highlights but here are some from yesterday with a look ahead to today. 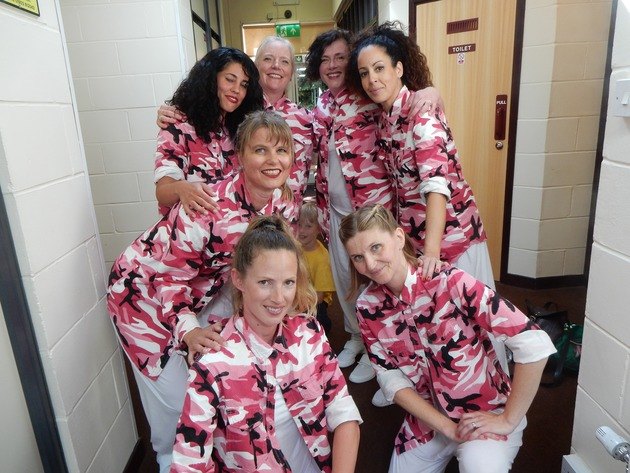 These are in part the reflections of a grandparent through the eyes of his grandchildren.  Saturday was a day packed with fun.  The Razz Up for the grown ups but a great deal for youngsters.

Our two grand-daughters went to Julia Donaldson Tells Tales with their father.  He was quick to say that the show was charming and its gentle presentation by Julia, Malcolm and others had that feeling of a family onstage and having fun.  Grand-daughter number 2, at the age of three, really enjoyed the moment when the giant lost his trousers.  There was acclamation for the fox from all around, and a comment that it had been lovely to see ‘the real Gruffalo’.

Elsewhere, there was great fun to be had at A Breakin’ Convention, an international outreach project by Sadlers Wells.  Grand-daughter number 1 had been enrolled in what was thought to be a dance workshop but turned out to be a rap workshop for older children.  Not to be put off she insisted to her father that she wanted to take part and, aged six, produced and performed a very creditable (and to proud grandparents, very moving) first rap.

Then in the afternoon the climax of the day brought some stunning performances in the mentors’ showcase.  Grandson number 1 (the only one, in fact), aged eight, took to the stage as part of a Streetfunk crew of three and they were whooped and cheered deservedly as they spun and tumbled, kicked and flicked, and owned the stage.  His parents (and grandparents) were full of praise and admiration.

And then it was time for his mother to take part in a performance by the European Champions, Mums Da Word (pictured) and you could see why they won.  Time for grandson number 1 to say how proud he was of his Mum.

And today?  Well, some exciting theatre trails, a spot of yoga, a gentle walk on the South Downs, a piratical adventure, a classical concert celebrating Leonard Bernstein, and a quiz on Sussex to end the day.  And, forgive me for mentioning this, but for me and my fellow blogger, a final rehearsal for David Boyle’s excellent Passport to Steyning, to be performed, as they used to say in the music halls, for your delectation and delight on Tuesday at the cricket club – wait a minute, you can’t look ahead to Tuesday yet: we’ve still got Sunday to enjoy!