Sarah Gristwood writes about her event at the Gluck Studio on Friday 8th June at 2.30 pm 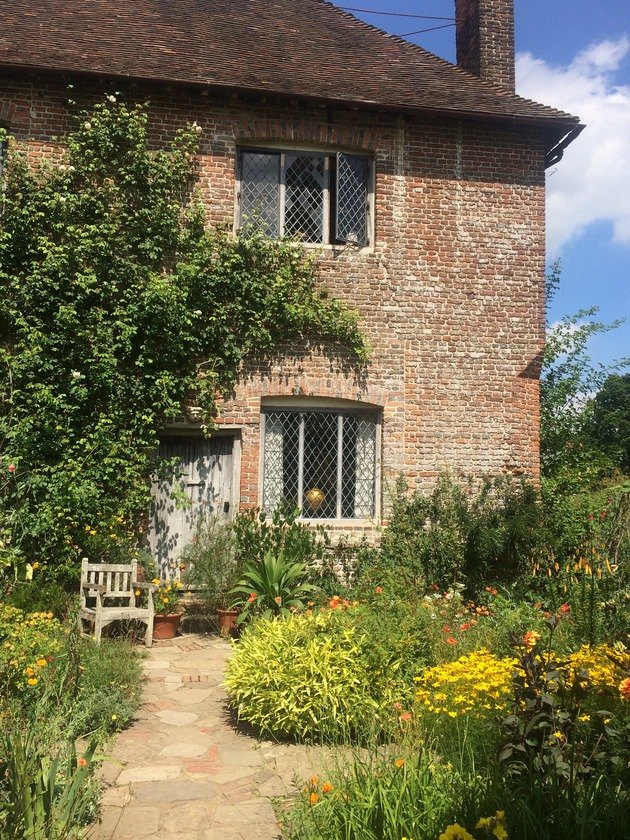 Imagine you’re high up in the tower at Sissinghurst Castle - Vita Sackville-West’s writing room.  She kept two photographs on the desk there, and one was of her husband, Harold Nicolson.  The other was of the novelist, Virginia Woolf.  The brief physical passion Vita and Virginia shared was already over before Vita and Harold bought Sissinghurst in 1930, but Virginia told a friend, just months before her death, that apart from her husband Leonard and her sister Vanessa, Vita was the only person she really loved.

Sissinghurst’s writing room is a shrine to Vita’s complicated, colourful life - a room where salvaged treasures from her aristocratic past jostle souvenirs of her foreign adventures, and the tools of both a gardener’s and a writer’s trades. Virginia Woolf relished the aristocratic aspect of Vita: ‘Snob as I am, I trace her passions 500 years back, and they become romantic to me, like old yellow wine.’

On the battered oak writing table itself - under a tapestry that might have come from Vita’s ancestral home of Knole - is an everyday jumble of pens and paper clips, spectacles and soil samples.  A small vase of flowers on a block of lapis lazuli, an amber cigarette holder, a set of post office scales, and a tiny calendar with pictures of Alsatian dogs.

Every visitor has their favourite spot at Sissinghurst, and one of mine is down in the bluebell woods beyond the lake, where Vita’s own beloved dogs are buried.  Rollo, the most famous of her Alsatians, and Martha, whose tombstone reads: ‘Denied in heaven the soul she had on earth’.  Then again, there’s the great brick arch of the barn, giving views onto the wide Wealden countryside; the flaming citrus colours outside Vita’s bedroom window; the millefiori carpet of the bulb garden in the spring  . . .

Today Vita Sackville-West is remembered chiefly for the garden she created at Sissinghurst - but in the late 1920s she was also the inspiration for one of Virginia Woolf’s most enchanting novels.  Orlando celebrates the Vita of the English landscape, of Knole and of Sissinghurst, but it celebrates, too, Vita’s adventures into sexual identity.  Together, as well as separately, Vita and Virginia explored the question of what it means to be a woman.  They were in their own way revolutionaries.  And the story of the closeness they shared gives them both another claim on our attention today.